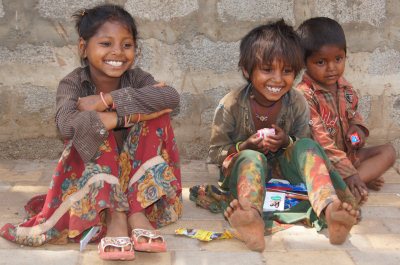 Who is a 'street child'?

There is no international agreement on the definition of ‘street children’, and the label of ‘street children’ is increasingly recognized by sociologists and anthropologists to be a socially constructed category that in reality does not form a clearly defined, homogeneous population or phenomenon.

UNICEF developed the earliest definitions and categories of street children:

Children of the street

(street-living children), who sleep in public spaces, without their families

Children on the street

(street-working children), who work on the streets during the day and return to their family home to sleep

who live with their family on the street


But research and practice have surfaced an enormous variation in children’s experiences and considerable overlap between these three groups: for example some children live on the streets all the time, others only occasionally or seasonally, while others move between home, street and welfare shelters. Some retain strong links with their families; others have broken or lost all contact. ‘

Definitions continue to evolve, with terms such as ‘street-connected children’ and ‘children in street situations’, or defining street children as ‘children for whom the street is a reference point and has a central role in their lives’. The wide variety of children’s circumstances and characteristics, however, continues to present huge definitional challenges.

How many are there?

Estimating numbers of ‘street children’ is fraught with difficulties. In 1989, UNICEF estimated 100 million children were growing up on urban streets around the world. 14 years later UNICEF reported: ‘The latest estimates put the numbers of these children as high as 100 million’. And even more recently: ‘The exact number of street children is impossible to quantify, but the figure almost certainly runs into tens of millions across the world. It is likely that the numbers are increasing’.

The 100 million figure is still commonly cited, but has no basis in fact. Similarly, it is debatable whether numbers of street children are growing globally or whether it is the awareness of street children within societies which has grown. While there are understandable pressures for policies to be informed by aggregate numbers, estimates of street child populations, even at city levels, are often hotly disputed and can distract rather than inform policy makers.

How are they counted?

Children’s use of public spaces is fluid and may be undetected. Sleeping, working and recreational places may be highly insecure and children may keep out of sight to protect themselves (girls can become almost invisible).  Children are on the move at work or change base camps, whether to avoid police or other street inhabitants or to improve earnings - leading to both double-counting and under-counting. Counting (visible) street children in any given day or night, week or month, can yield dramatic variations in numbers. The lack of fixed locations for sleeping, working and hanging out also presents difficulties for assessing trends in numbers over time: street children counted in one location in one month/year may be quite different in another month/year, as particular children move around and as locations become more or less attractive collectively to children in the streets.

Definitional problems, children’s elusiveness and other difficulties in distinguishing ‘street children’ from other inhabitants of public spaces are compounded by the nonstandardized use of data collection methods. Some studies for example count children only found in public spaces, others include street children resident in welfare shelters. These undermine data reliability. Even for basic headcounts, researchers need to be trained observers with a good knowledge of a city’s streets, and teams need to be well-coordinated to avoid repeat counting since numbers counted in a single city can double, triple or show even greater disparities between studies.

“I have been a street girl since my father made a woman of me. I carry on in the world but I am really dead”.

In general there are fewer girls than boys actually living on the streets (studies indicate between 3% and 30% depending on the country). This is for several reasons: In many cultures, there is much greater pressure for girls to stay at home than boys. Research shows that girls will put up with abuse at home for longer than boys but that once girls make the decision to leave home, the rupture is more permanent than for boys. Girls are also less visible on the streets as they are often forced or lured into brothels and prostitution.

Even though there are fewer street-living girls than boys, they are extremely vulnerable to human rights abuses both on the street and when they are arrested - some street girls report having been asked for sex in return for their release from detention by police. While on the street girls are also at risk of being subjected to a sort of ‘baptism’ of hazing by or servitude for older street boys, in which physical and sexual abuse have been reported. NGOs working on the ground are increasingly seeing girls pregnant and giving birth whilst on the street, giving rise to an alarming number of street babies, or a ‘2nd generation’ of street children.

What about their rights?

The UN Convention on the Rights of the Child (UNCRC) applies to all children under the age of 18, including children living and working on the street. Although street children’s rights are continually violated or overlooked, they are in ever greater need to have their rights realised.

A street environment is an extremely dangerous place to be for any child, and probably no other environment contributes more to potential violations of the UNCRC than a childhood and youth spent outside the institutional framework of family, community and school.

It is the belief that all children, including those living and working on the street are not only entitled to their rights, but also to be empowered to speak up for their rights themselves. Street children are often portrayed as helpless children without taking into account their abilities to plan, control their actions and navigate within their environments - in other words their agency. Effective strategies to protect street children must not only address their exclusion, but also recognise their agency by ensuring their meaningful participation in design, provision and evaluation of services for which they are the intended beneficiaries.

What do governments do to help street children?

The UNCRC sets out a framework for protection that emphasises the family and community as having the main responsibility of caring for children (Art. 5 and 18). The role of the state is to support and enable families and communities to fulfil this role. However, it is an unfortunate fact that in many cases families and communities are not able to be protective and nurturing. In these cases, as for children living on the streets, the state then takes on a greater responsibility to fill the gap (Art. 20: “A child temporarily or permanently deprived of his or her family environment shall be entitled to special protection and assistance provided by the State”).

Unfortunately, this is often not the case. Although many governments try to address the issue of street children there is a real lack of long-term, sustainable and holistic approaches implemented by governments. This is partly due to lack of resources and interest, or a failure to understand how to deal with the issue in a positive way which does not violate the rights of street children.

As such street children are often the target of violent rounds ups, attacks, detention and even murder. And unfortunately, such violence often takes place in the hands of agents of the State, or at least with their encouragement or tolerance. Children living on the street are frequently harassed and arrested by police; they may be charged with loitering or petty offences, and without representation in court, deprived of their liberty for years in corrective institutions. In places where police ‘culture’ is extremely negative and discriminatory against children or young people, physical and sexual violence - among other abuses of their human rights - can be a routine occurrence, and entirely unpunished.

Thank you to Consortium for Street Children for allowing us to use their research.